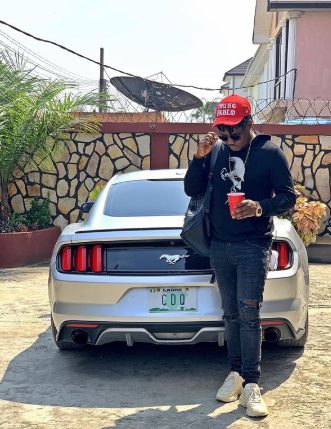 CDQ has revealed he isn’t really ‘gassed’ by the fact that he has reached two million followers on Instagram after so many congratulatory messages just moments after it happened went his way.

The rapper boasts that leaving Instagram or social media in its entirety and falling into the real world, people will discover that there are twenty million people out there ready to die for him. And for that reason, he isn’t freaked about achieving two million Instagram followers.

CDQ took to his Instagram page to reveal this. He wrote; “Everyone be sending me congratulatory messages over “MILLION followers on IG but sorry i’m not freaky about that that. Let’s fall out to the real world and you know I’ve got over 20 million people out there ready to die for CDQ anytime any-day. Woss #Masun.”

Could CDQ really be serious about his claim that over 20 millon people are ready to die for him? It’s really a bold claim. 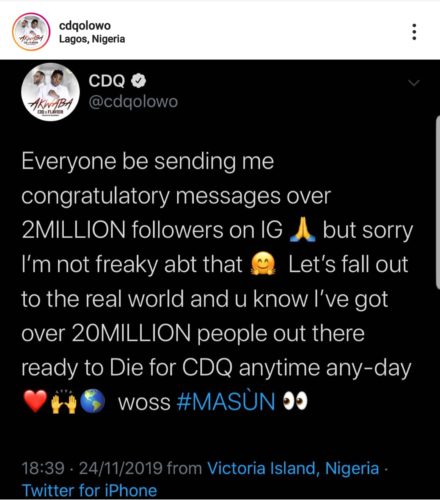