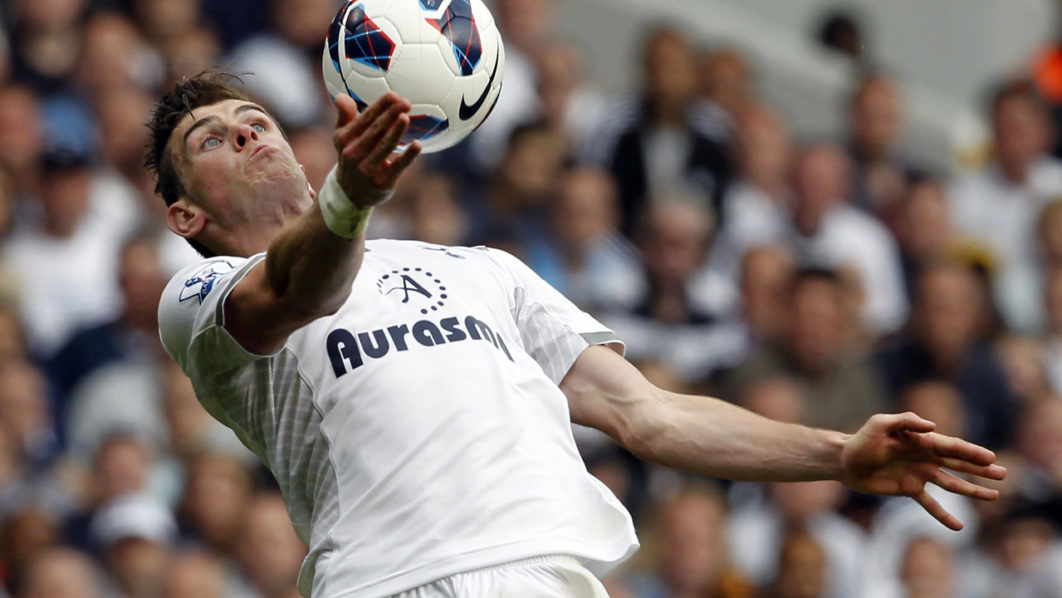 (FILES) In this file photo taken on May 19, 2013 Tottenham Hotspur’s Welsh midfielder Gareth Bale controls the ball during the English Premier League football match between Tottenham Hotspur and Sunderland at White Hart Lane in north London. – Gareth Bale’s agents are talking to Tottenham about a deal that would see the Real Madrid forward return to his former club. (Photo by IAN KINGTON / AFP)

Gareth Bale and Sergio Reguilón have been booked to fly on the same private jet today from Madrid to London, where they are set to put the finishing touches to their transfers from Real Madrid to Tottenham, reports theguardian.com.

Bale will arrive on a one-year loan and continue to earn his basic £600,000-a-week wage, with Real paying a percentage of it; the Wales winger will become the highest-paid player in the Premier League. Reguilón, the 23-year-old left-back who excelled on loan for Sevilla during their Europa League-winning season last season, will join for £27.6m on a long-term contract.

Both players have already completed their medicals in Madrid in line with COVID-19 guidance.

The Reguilón deal will take Spurs’s net spend on fees during this window to a little over £50m – their other significant purchases have been Pierre-Emile Højbjerg (£20m) and Matt Doherty (£14.7m).

But it is Bale who has truly fired the imagination of the club’s supporters, who are in need of a lift after the dire 1-0 home defeat by Everton on the opening weekend of the Premier League season. The 31-year-old became a hero during his first spell at Spurs between 2007-13 and he is poised to return as a four-time Champions League winner.

During his seven seasons at Real, Bale won 13 major honours, including two La Liga titles, and Spurs will hope that he can bring his winning mentality to the dressing room. The club’s last trophy was the Carling Cup in 2007-08; Bale was not in the squad as he recovered from a serious ankle ligament injury.