This came as a surprise to all housemates as Mercy, Ike, Omashola and Tacha were seen jubilating. 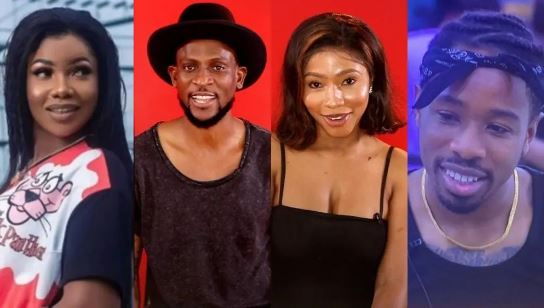 Some of the housemates

Biggie announced this while the housemates were all gathered in the Arena.

This came as a surprise to all housemates as Mercy, Ike, Omashola and Tacha were seen jubilating.

Biggie told housemates: “Strikes and warnings have been cancelled. All is forgiven.

“It’s now a level playing field for the housemates.”

It was reported that Biggie had issued Tacha a second strike for disobeying BBNaija rules and undermining authorities.

Also, Mercy was given a stern warning for breaking Biggie’s mobile phone weeks ago, while Tacha and Joe were issued a strike.

Omatsola and Ike too were given strikes after they broke rules of the house.

You’re not the main boyfriend of any lady who doesn’t ask...

Mr HyP3R - December 29, 2019 0
Ycee has raised alarm over the alarming rate at which people consume hard drugs in Lagos, especially cocaine. The “Balance” rapper took to his Twitter...