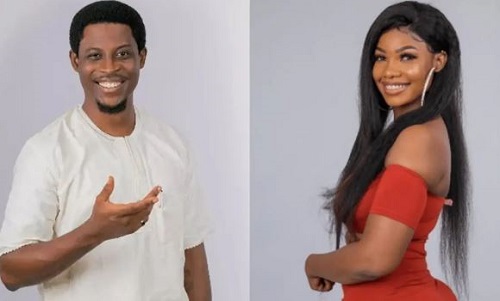 
Fans of two Big Brother Naija housemates, Seyi and Tacha clashed on Saturday in Lagos, as they were campaigning for their preferred candidates.

From the video, it could be seen that the clash occurred inside the National Stadium, Surulere.

In the video, the fans could be seen holding banners of their favourite housemates, as well as wearing branded TShirts bearing photos and names of the housemates.

One of the fans was heard saying in pidgin English, “Na we get Lagos” (meaning, ‘we own Lagos’) while pointing at a banner of Seyi.

It should be noted that Seyi is from Ogun State, while Tacha is from Rivers State.

#BBNaija: Ike says Mercy made him jealous after dancing with Tuoyo...