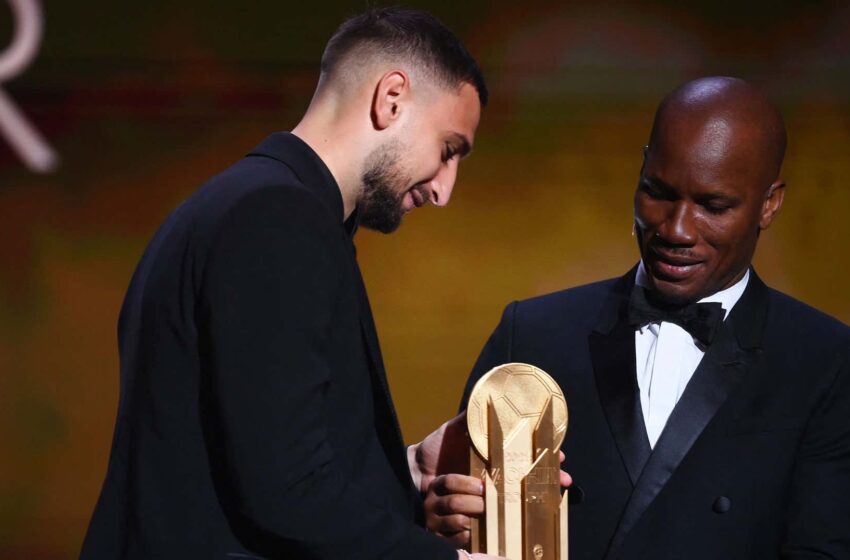 by Mr HyP3R November 29, 2021 108 0 Comment 34 min read
One of the most prestigious individual awards in world football will be awarded Monday when the 2021 men’s and women’s Ballon d’Or (Golden Ball) winners are unveiled.

The awards return after a one-year hiatus caused by the COVID-19 pandemic. A formal ceremony will be held in Paris and broadcast to a global audience. The best young men’s player (Kopa Trophy) and top men’s goalkeeper (Yashin Trophy) will also be recognized.

Lionel Messi could win a record seventh men’s Ballon d’Or, though Bayern Munich and Poland forward Robert Lewandowski is deemed deserving by many, especially after missing out last year when the Ballon d’Or was scratched.

Messi was the last player to win the award, earning the honor in 2019, and he and eternal rival Cristiano Ronaldo have shared 11 of the last 12 Ballon d’Or trophies. Real Madrid midfielder Luka Modric is the only man to have broken their duopoly, winning in 2018, but he is not among the 30 finalists in 2021. The first men’s Ballon d’Or was awarded in 1956.

There are 20 nominees for the women’s Ballon d’Or. Barcelona’s Alexia Putellas and Arsenal’s Vivianne Miedema are among the front-runners. The last winner — Megan Rapinoe in 2019 — isn’t a finalist, but there are three Canada Olympic gold medal winners and one American, Samantha Mewis, who is not likely to win given the stiff competition.

There will also be two new awards debuted at the event on Monday:

We have an announcement… #ballondor pic.twitter.com/Ba0cYlLYuW

The 2021 Ballon d’Or winners will be announced at a gala in Paris on Monday, Nov. 29. The event will be streamed live on Paramount+ in the USA (red carpet coverage begins at 1 p.m. ET).

French sports daily L’Equipe will also carry the live broadcast on its channels and on Twitter (select regions).

The ceremony at the Théâtre du Chatelet will reveal the male and female Ballon d’Or winners, the Kopa Trophy (best Under-21 young player) and the Yashin Trophy (best goalkeeper).

There were six editions (2010 through 2015) in which the Ballon d’Or, run by French weekly France Football, was known as the FIFA Ballon d’Or after it fused with the FIFA Player of the Year award. FIFA broke away and started The Best FIFA Football Awards beginning with 2016 (awarded in January 2017).

Who will win the Ballon d’Or?

With no slam-dunk candidates this year, there was plenty of media chatter during the summer about Chelsea and Italy midfielder Jorginho potentially emerging as a surprise winner following his role in Italy’s victory at Euro 2021. Then Liverpool’s Mohamed Salah earned media buzz with his hot start to the 2021-22 season in the Premier League just as voters were submitting their rankings in October.

But there seems to be a consensus that Messi’s first trophy with the Argentina senior national team at the 2021 Copa America will tip the voting in his favor, even ahead of the prolific Lewandowski, who set a Bundesliga single-season goals record and currently tops the UEFA Champions League scorers’ list. Lewandowski has more 2021 goals than Messi (64-41) and more club trophies (3-1). He could receive the nod from voters given he was the favorite last year before the 2020 award was canceled.

CBS’s crew of soccer analysts, including Thierry Henry, the second-place finisher in the 2013 Ballon d’Or race, believes that Messi will win out, though they would prefer to see others. Henry and Alex Scott were divided on the women’s award.

Thierry Henry, @carra23 and @AlexScott make their picks for 2021 Ballon d’Or, which will be streamed LIVE on @paramountplus 🏆 pic.twitter.com/4TCnFuJXEv

Odds are available for the men’s award and are updated below as of Sunday, Nov. 28.

How does voting for the Ballon d’Or work?

Voting for the men’s Ballon d’Or and the Yashin Trophy closed on Oct. 24. A panel of 180 journalists around the world was asked to vote (via a secure email system) based on criteria including individual and team performance in 2021, the player’s talent and sportsmanship, and the player’s overall career.

About 40 to 50 women’s football journalists vote on the women’s Ballon d’Or, while 32 former men’s Ballon d’Or winners vote for the best Under-21 men’s player (Kopa Trophy).

Each voter for the Ballon d’Or (men and women) give their top five; voters for the Kopa Trophy and Yashin Trophy submit a top three. In each case, points are assigned to each placement and the player with the most points wins the award.

The voting results will be published in the Dec. 4 edition of weekly publication France Football.

According to France Football’s editor-in-chief, the weekly’s editorial staff comes up with the list of finalists before distributing it to voters.

Who are the Ballon d’Or finalists?

Here is the full list of candidates for the four different awards. There are 30 names for the men’s award, 20 for the women’s Ballon d’Or and 10 each for the Kopa and Yashin awards.