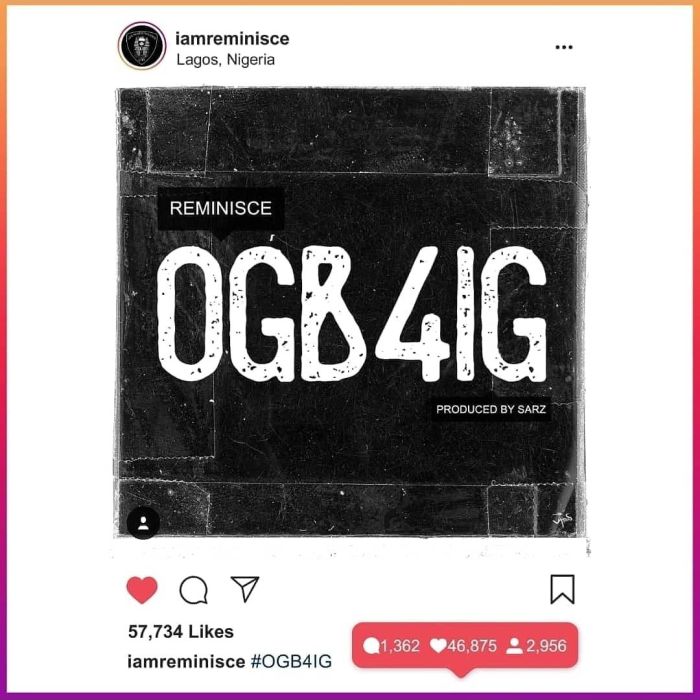 Consequently, the new single follows the release of his previous singles ‘Oja‘ and ‘Jensimi‘. This will be his third single of the year 2019.

‘OGB4IG’ is a mid-tempo track which has a groovy beat with Reminisce doing justice to the song. We look forward to the rapper’s project.

The amazing tune was produced by ace producer, Sarz.

ABOUT US
Hyperpeeps is your news, entertainment, music fashion website. We provide you with the latest breaking news and videos straight from the entertainment industry.
Contact us: hyperpeeps.com@gmail.com
FOLLOW US
© Hyperpeeps.com is developed by Hypertainment Digital
MORE STORIES
Music